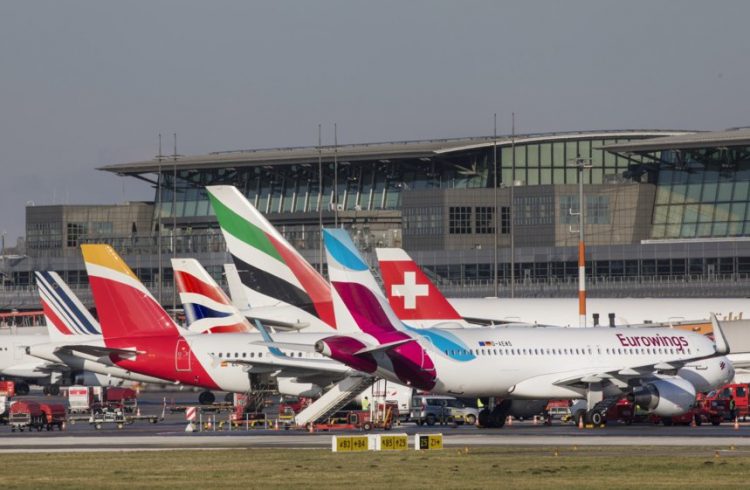 2018 saw a consolidation of Hamburg Airport’s traffic figures at an ongoing high level. The ever-increasing efficiency in air traffic meant that the airport recorded a decrease in aircraft movements and, as a result, lower noise levels than over the previous two years. The route network continues to be diverse, and Hamburg Airport is preparing to meet the future demands of air transport and the growing demand for mobility by optimising its infrastructure. For 2019, the airport expects slight growth in passengers and aircraft movements again.

Urge to travel still strong in Hamburg in 2018

“After the unexpected high growth in 2017, we saw a consolidation in passenger numbers, which continued to be at a high level,” says Michael Eggenschwiler, CEO of Hamburg Airport. “The increased use of modern, larger aircraft models and the rising load factor meant that the number of aircraft movements decreased further. At Hamburg Airport, we are actively encouraging this increase in efficiency of air transport by providing incentives for the deployment of the latest aircraft and technologies.”

A glance at the aircraft load factor figures makes this increased efficiency clear. The average number of passengers per flight in 2018 was 123.0, compared to an average of 121.4 in 2017. The average number of seats per flight has increased from 156 to 157. The load factor on flights to and from Hamburg Airport rose by 0.4 percentage points to 78.2 percent in comparison to 2017.

2018 quieter than the previous two years

The noise contour around Hamburg Airport has remained largely unchanged for the last ten years, despite the fact that the busiest months now see around 44 percent more passengers than a decade ago. Compared to the reference year of 1997, when a binding noise limit was defined for Hamburg Airport, noise emissions around the airport have actually been reduced by almost 32 percent. The 1997 noise contour covered an area of 20.4 km2. One reason for the long-term consistency of the noise contour is that the aircraft are continually becoming newer and quieter. Hamburg Airport actively promotes the deployment of the latest aircraft technology. In the second half of 2018 (July to December), for example, the number of aircraft movements for the Airbus “neo” in Hamburg was almost 62 percent higher than in 2017.

Outlook for 2019: 18 million passengers for the first time?

Hamburg Airport is forecasting positive development for the current year. “In 2019, we expect to see growth in passenger figures again,” says Michael Eggenschwiler. “Our planning is based on growth of 2.5 percent. I hope that we can go a little further than that and reach the milestone of 18 million passengers in one year for the first time.”

Hamburg Airport is preparing for the future requirements of air transport and the growing demand for mobility, continuing to invest in the optimisation of its infrastructure in 2019. The diversity of routes available to Hamburg passengers will keep growing, too. Several attractive new destinations have already been announced for the first half of the year, with flights to commence to Friedrichshafen, Kalamata, Kraków, Zadar and Elazig. Furthermore, Hamburg Airport will continue to focus on the expansion of its innovative service portfolio in 2019 and be proactive in protecting the environment and the needs of local residents.