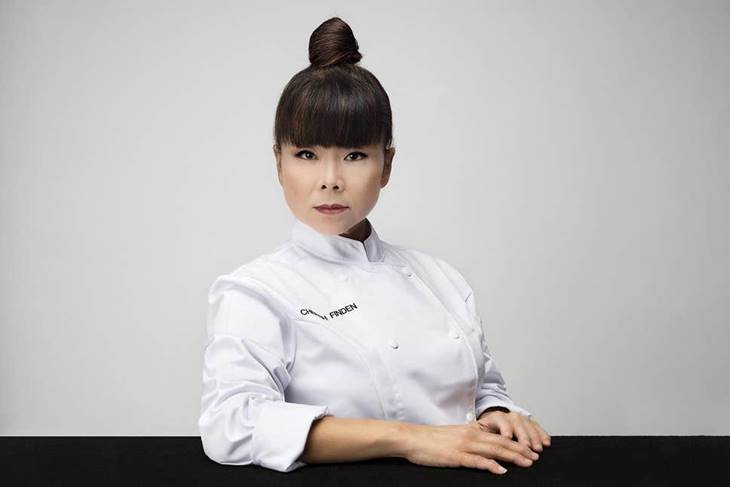 Pan Pacific London announced the appointment of Cherish Finden as Executive Pastry Chef. This boundary breaking pastry chef, born in Singapore, has over 30 years of international experience and will be responsible for creating the hotel’s entire pastry collection. She takes the role following a stint as Creative Development Chef at an internationally renowned luxurious chocolatier.

Famed for re-defining the art of patisserie, Cherish, currently appearing as a judge on Channel 4’s Bake Off: The Professionals, is recognised as one of the top pastry chefs in the world and will be creating an innovative, imaginative and irresistible menu. In addition, guests can look forward to a ‘slice of Singapore’ on the afternoon tea menu along with traditional favourites, making the offering decadent and intriguing.

Cherish Finden, Executive Pastry Chef at Pan Pacific London says: “I am delighted to be part of the Pan Pacific London team and I look forward to bringing my Singaporean heritage to the pastries that we will create. It will be a celebration of a slice of Singapore in London, a fusion of two of the most vibrant and dynamic cities in the world”.

The appointment sees Cherish’s return to Pan Pacific, with her first professional position being at Pan Pacific Singapore in 1991. In a career that has lasted over thirty years, Cherish can boast heading the pastry offering at some of the world’s most exclusive hotels, including Raffles Hotel Singapore, The Sheraton Tower Singapore, and The Langham London. Her career has also seen her appear on numerous television shows including as a judge for Channel 4’s Bake Off – The Professionals, MasterChef and James Martin Saturday Kitchen. Cherish was recently honoured to be chosen to present the Gold Standard of The Duke of Edinburgh Awards at Buckingham Palace. She has also been a judge for the Royal Academy of Culinary Arts Annual Awards of Excellence and the Association of Pastry Chefs. In 2015 she was awarded The Macallan Lifetime Achievement Award at the World Gourmet Summit.