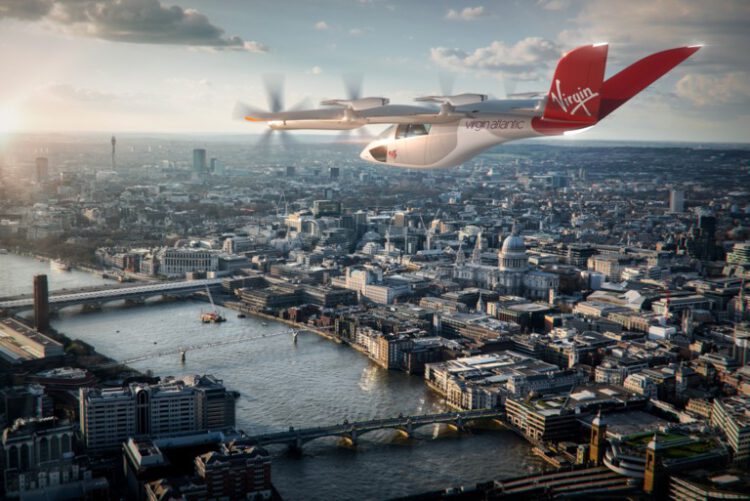 FLYINGGROUP, which began operations in Antwerp in 1995, operates from aircraft bases across Europe and the Middle East. Currently managing 45 conventional aircraft, today’s pre-order announcement forms part of FLYINGGROUP’s new approach to sustainable aviation, embedding zero-emissions transport options into its fleet. The integration of the VX4 into its existing services will provide their customers with a sustainable, innovative, and efficient regional air mobility alternative and transform their first and last 100-mile journeys.

Vertical has already sold its VX4 to a diverse range of customers including aircraft lessors, airlines, and helicopter operators, including American Airlines, Virgin Atlantic, Avolon and Bristow. Today’s announcement represents Vertical’s first commercial agreement within the business aviation market, a further demonstration of the significant market demand for the VX4. This partnership increases Vertical’s conditional pre-order book to up to 1,400 aircraft with a total value of $5.6bn.

The two parties have agreed to launch a Joint Working Group (JWG) to begin exploring FLYINGGROUP’s application of using the VX4 in the business aviation market, including individual ownership, low volume operation and fractional ownership. The JWG will also explore the terms and conditions of a Maintenance, Repair and Overhaul (MRO) service centre, potentially granting FLYINGGROUP the right to perform MRO services for their fleet and to support their private sales.

The piloted zero operating emissions four-passenger VX4, is projected to be capable of travelling distances of 100 miles (160 km), at a top speed of 200mph (320km/h), while producing minimal noise and has a low cost per passenger mile.

Stephen Fitzpatrick, Founder & CEO, Vertical Aerospace, said “We are delighted to partner with FLYINGGROUP to change the way people travel throughout the business aviation market. With this provisional pre-order, FLYINGGROUP can look to a future where they can continue to provide quality to business clients – but now with zero emissions.”

Bernard Van Milders, Founder of FLYINGGROUP, said “Now that we’re also enabling flexible and energy-efficient regional travel, we are honoured to partner with Vertical’s team and their state-of-the-art aircraft. Going electric is the next big step in our sustainability plan. Not only will we be expanding our fleet with the most advanced electric eVTOLs; we will be able to accommodate our clients and guests with the newest zero-carbon ‘door-to-door’ private and business aviation. By connecting airports with cities and ports, FLYINGGROUP is bringing a new wave of business travel to corporations and individuals.”

​Vertical Aerospace is pioneering electric aviation. The company was founded in 2016 by Stephen Fitzpatrick, an established entrepreneur best known as the founder of the Ovo Group, a leading energy and technology group and Europe’s largest independent energy retailer. Over the past five years, Vertical has focused on building the most experienced and senior team in the eVTOL industry, who have over 1,700 combined years of engineering experience, and have certified and supported over 30 different civil and military aircraft and propulsion systems.

Vertical’s top-tier partner ecosystem is expected to de-risk operational execution and its pathway to certification allows for a lean cost structure and enables production at scale. Vertical has a market-leading pre-order book by value for a total of up to 1,400 aircraft from global customers creating multiple potential near-term and actionable routes to market. Customers include American Airlines, Virgin Atlantic, Avolon, Bristow, Marubeni, Iberojet and FLYINGGROUP, as well as Japan Airlines (JAL), Gol, Air Greenland, Gozen Holding and AirAsia, through Avolon’s VX4 placements.